The world needs a different kind of innovation !

Born in a small village in India with merely 350 houses, Anand cashed in his first cheque at the age of 18, did odd jobs, and turned scrap into products to fund his tuitions. He also built a smart mousetrap for a few of his customers. With a life full of unsanctioned experiments, Anand helps people adapt, leverage technology, and transform with the power of creativity and innovation.

Anand never allowed his little town and humble beginnings to get in the way of his adventures and dreams. Born in a small village in India that once had merely 350 houses; his childhood was full of unsanctioned experiments, which he believes have helped in building a solid foundation for continuous learning, innovative mindset, and experience all along.

He cashed in his first cheque at the age of 18, by selling a circuit design to a popular magazine. For the next four years, he continued doing various odd jobs, turning electronics scrap into products & selling them to fund his tuition fees, while doing his graduation. 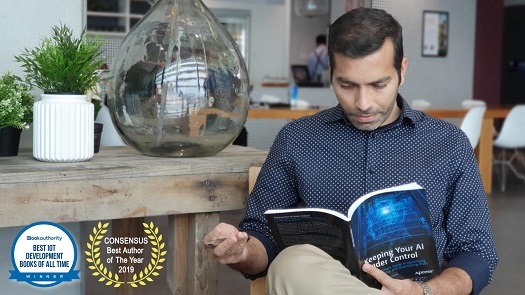 Anand is a Chartered Engineer and has studied Electrical, Electronics, and Power Systems Engineering. He also spent about a year in Civil Engineering class and is a self-taught Computer Engineer. Later in life, he pursued an advanced degree in the management of International Business.

After finishing university studies and working as a trainee for one year, he finally landed his dream job at LG Electronics. He began working as a Senior R&D Engineer. Fast forward a few months, and he was leading the team working on some exceptional and prestigious innovation projects, such as Golden Eye redesign, the first Slim Flatscreen TV (before LCD), wireless speakers for television (before Bluetooth), and so on.

Later he accepted a senior management role in HSBC and worked on large projects underpinned by people & process changes. 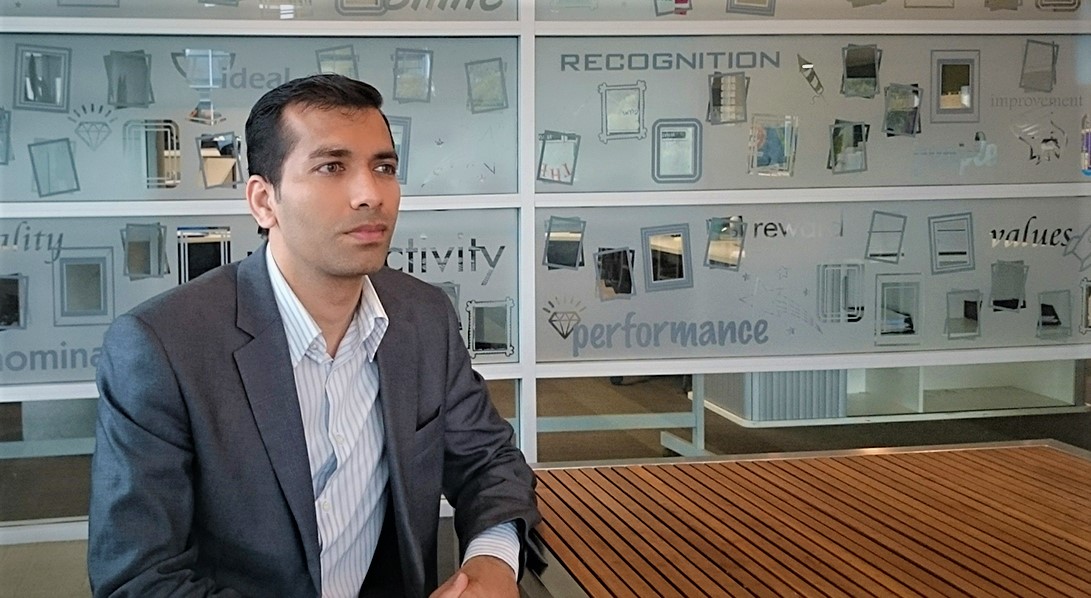 Seeking a change from corporate life, he put down his tools as Associate Vice President of HSBC.

He decided to go on with his entrepreneurial journey, becoming a Founder of Knewron Technologies, where he built a new business that designed innovative products for customers, often from scratch; from idea (on a paper napkin) to reality (in the market) as some would call it. He and the team worked with nearly 65+ customers on 150+ different projects, designing 50+ full solutions, and 30+ nifty products. In 2018, one more time, he put his tools down, this time as Director of Knewron.

After working for over two decades and building a better mousetrap for a few of his customers, Anand is now on his next exciting journey. Since he has been with emerging technologies up close and personal, he understands the impact they will have in the coming years on human life, and how to make it more positive.

He loves sharing his stories from the corporate and entrepreneurial world. Especially the ones that he thinks can make a difference in people's lives as well as businesses. 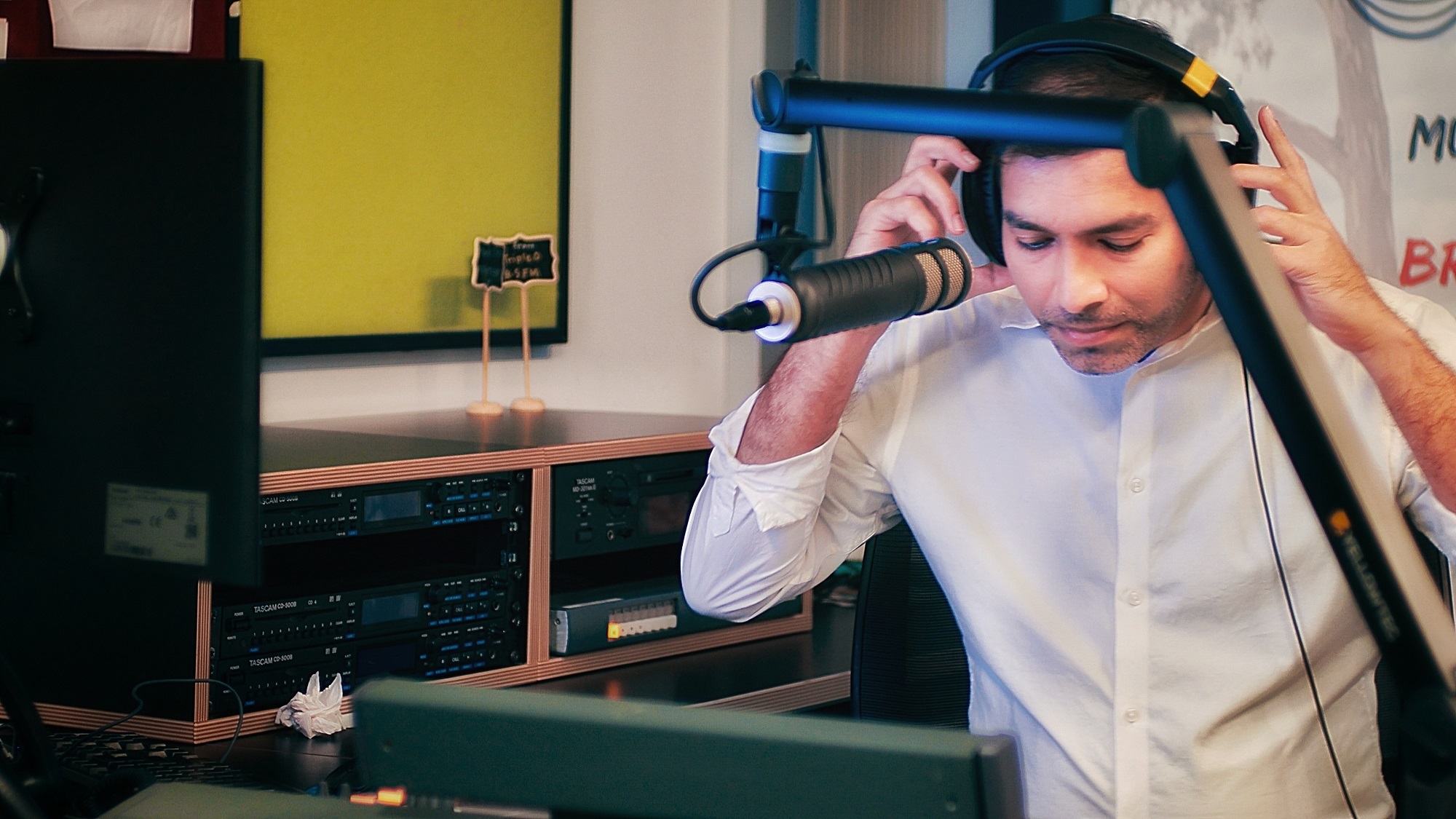 Anand has presented around the world over the last ten years. From audiences of 30 to that of 1,000 and then some. His insightful messages and his counter-intuitive ways of looking at the world will inspire you to do things differently.

Often seen as a reliable teacher and sincere guide, Anand is a full-spectrum thinker. He firmly believes, "Our future is whatever we make it, so let's create a better one!" Anand often says, "Talk is cheap; actions, difficult! Doing beats talking, always!"

Anand has worked with various prestigious institutions such as Venture Cafe Sydney, CSIRO (Commonwealth Science and Industrial Research Organization), and UNSW (University of New South Wales) as an innovation mentor. He also has been Hon. Treasurer of CSI (Computer Society of India). 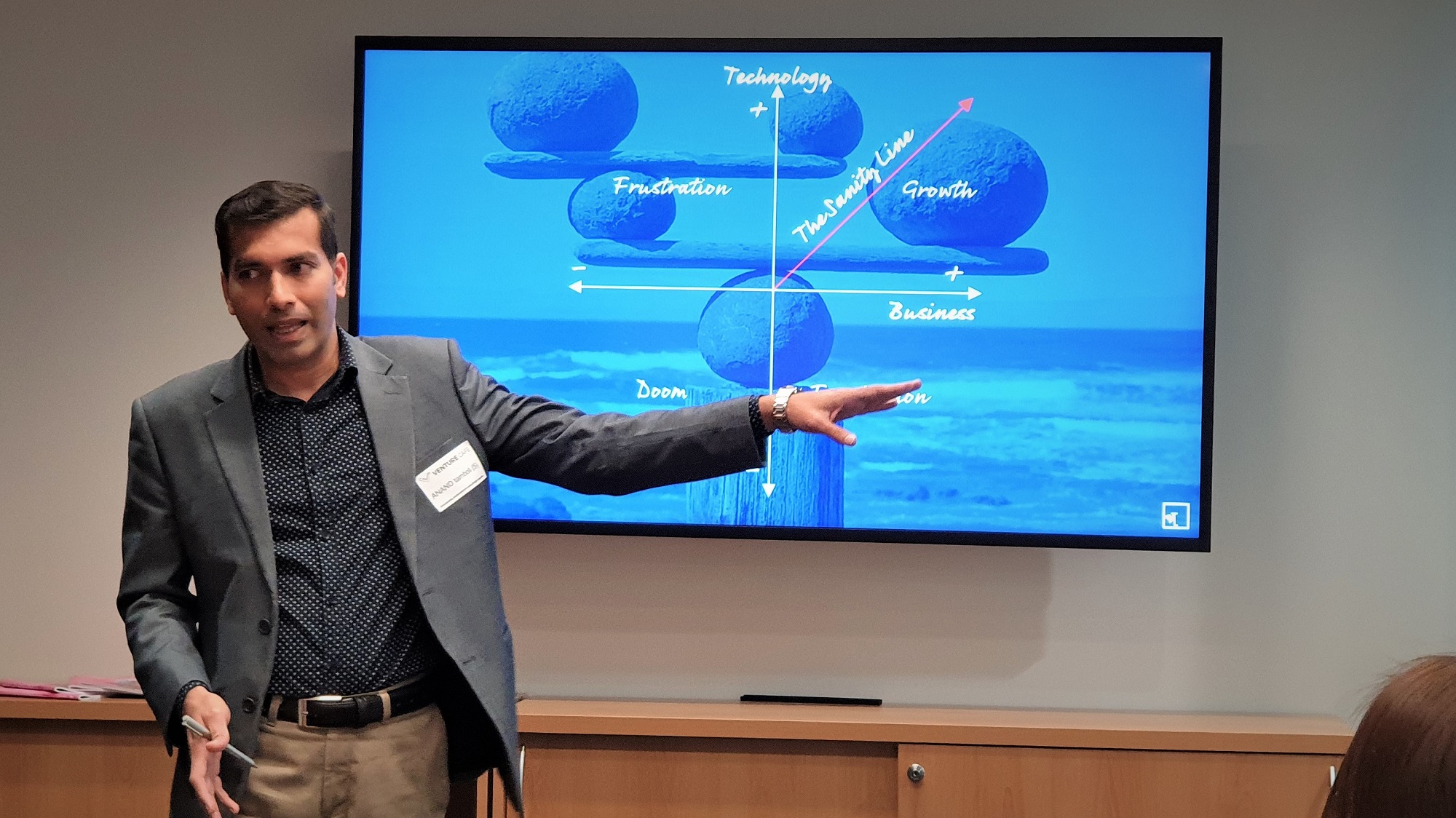 He is now an active member of ACS (Australian Computer Society) and also helps AI Australia in the capacity of Principal Advisor for AI Ethics.

In 2019, IoT Hub, Australia, nominated him for the "IoT Pioneer" award. In the same year, Consensus Group Australia honored him with the "Best Author of the Year" award.

Let Anand take you on the journey to understand how being creative and innovative is the key to transformation and an answer to technological disruption.

He will unveil technology from business and the business from technology's perspective. Having seen both the worlds first hand, Anand will help you uncover myths, understand reality, and explore opportunities. The lessons he shares apply to all modern businesses and individuals facing the digital revolution and the ruthless speed of technological changes.

A thoughtful, affable, and straightforward guy, Anand is a polymath, and can often shed new light on a topic, which you feel has been "done to death."

Conversation with him is always candid, deeply meaningful, and full of common sense with humor.