Anand is an innovator, futurist, and a transformation wizard obsessed with bringing ideas to life and making them work for everyone.

He helps people in leveraging emerging technologies, adapt, and develop an innovative mindset. Being a polymath, Anand can often shed new light on a topic, which you feel has been “done to death.” The fact that Anand has a degree in engineering & business and having worked in a wide range of industries, countries, and cultures gives him a deeper understanding of the impacts of technology. He can see things with uniquely different lenses and knows how to work through them.

As an executive coach for millennials and gen-Zs, Anand often works with entrepreneurs, helping make their ideas & strategies a reality. He also coaches high-caliber professionals and leaders for being innovative in their approach. He helps them build a sustainable ecosystem for a better future of their venture.

Over the past 21 years, Anand has extensively worked with several Fortune 500 companies worldwide as a speaker or consultant. He was an innovation mentor for prestigious institutions such as Venture Cafe Sydney, CSIRO (Commonwealth Science and Industrial Research Organization), and UNSW (University of New South Wales).

He also volunteered as Hon. Treasurer of CSI (Computer Society of India) and as an active member of ACS (Australian Computer Society) for a few years.

In 2019, IoT Hub Australia nominated Anand for the “IoT Pioneer” award, while the Consensus Group Australia honored him with the “Best Author of the Year” award.

Anand holds an MBA in International Business and is a Chartered Engineer. He has also studied Electrical, Electronics, and Power Systems Engineering and is a self-taught Computer Engineer.

A STORY OF TRANSFORMATION

Anand was born in a small village in India with merely 350 houses. But he never allowed his little town and humble beginnings to get in the way of his adventures and dreams. His childhood was full of unsanctioned experiments, which he believes have helped build a solid foundation for continuous learning, innovative mindset, and experience all along.

During childhood, curiosity and eagerness to find new ways of doing things kept him on his toes all the time. Anand recalls breaking down the family TV into pieces to understand how it worked, while his sister would watch for their parent’s return to the house. Anand cashed in his first cheque when he was 18 yo by publishing his circuit design in a popular magazine.

After his University studies and working for a local manufacturing company, Anand eventually landed his dream job at LG Electronics, working as a Senior R&D Engineer.

Fast forward a few months, and he found himself leading a team working on some exceptional and prestigious innovation projects. Some of his notable projects at that time include Golden Eye redesign, the first Slim Flatscreen TV (before LCD), wireless speakers for television (before Bluetooth), and so on. 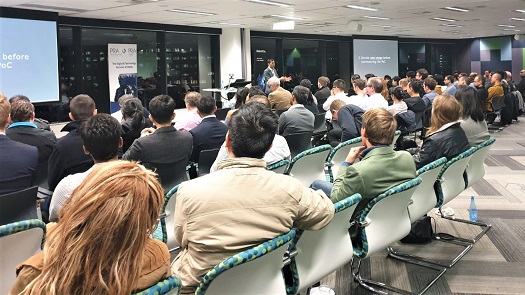 His restless spirit led him to found Knewron Technologies. He and his team designed innovative products for customers, often from scratch, from an idea (on a paper napkin) to reality (in the market).

During that time, Anand and the team worked with nearly 65+ customers on 150+ different projects, designing 50+ full solutions and 30+ nifty products. The company was sold in 2018 as Anand decided to pursue a new chapter in his life, focus on his consulting work and travel the world as an inspirational keynote speaker sharing his stories from the corporate and entrepreneurial world.

Often seen as a reliable teacher and sincere guide, Anand is a full-spectrum thinker. He firmly believes, “Our future is whatever we make it, so let’s create a better one!”